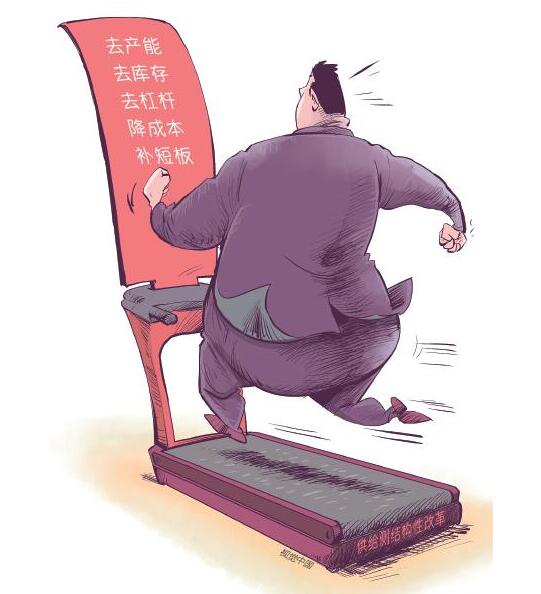 Really, companies generally feel
Â  Â  Â  Â  After the pilot reform of the camp is fully promoted, real estate and advertising fees can be included in the deductible VAT input tax. The proportion of the input tax on transport expenses is also adjusted from 7% to 11%, and we can reduce the tax by about 7500 per year. Ten thousand yuan." In Dongguan, Guangdong, the head of Weimei Ceramics Group calculated an account with the 13th inspection team.
Â  Â  Â  Â  â€œThe last year's savings of 500,000 yuan, the R&D expenses of the enterprise R&D center and the deduction of the project saved 2 million yuan, and the customs clearance integration project saved 800,000 yuan.â€ In Jiangsu, the person in charge of Flextronics Electronic Technology (Suzhou) said that the company as a â€œ Foreigners have really enjoyed the benefits of tax cuts and fees.
Â  Â  Â  Â  Spring River plumbing duck prophet. For the high level of operating costs, companies that work hard in the real economy feel the most direct. Many companies use data and examples to tell the inspection team about the actual feelings of the policy.
Â  Â  Â  Â  "According to the new policy, our company expects to reduce the unemployment insurance social insurance premiums by 112,000 yuan a year," said Li Hongtu, vice president of finance of Harbin Shengtai Biopharmaceutical Co., Ltd.
Â  Â  Â  Â  The thirteenth inspection team found that from the overall situation of Dongguan, with the full implementation of the pilot reform of the camp, the reduction of exemption of administrative fees for enterprises, and the abolition of the vehicle pass and annual ticket system, the first half of this year, the cityâ€™s non-tax Fiscal revenue decreased by 7.3% year-on-year, income tax revenue increased by 39.1%, non-tax revenue decreased, and corporate income tax increased.
Â  Â  Â  Â  Enterprises also report that current financing costs are decreasing. â€œJinzhong Economic Development Zone provides financing guarantee services for enterprises. In 2015, 20 million yuan of loans were guaranteed by the SMEs Guarantee Company of the Economic Development Zone, and they also enjoyed subsidy subsidies above the benchmark interest rate.â€ Shanxi Zhendong Ante Biopharmaceutical Co., Ltd. The person in charge said. Last year, Shanxi reduced the financing cost by 2 billion yuan by increasing direct financing, optimizing corporate financing structure, and improving corporate capital turnover efficiency.

Exploring the truth, carefully checking the key
Â  Â  Â  Â  "Please carefully calculate the actual electricity cost of the enterprise. You can't just look at the catalogue price, you need to count the related facilities and labor costs. Use the total electricity consumption divided by all expenses related to electricity." In Shanxi, Fan, the deputy head of the third inspection team, asked the company in detail about the operating costs.
Â  Â  Â  Â  In order to prevent some enterprises from missing or misplaced due to unclear situation, insufficient attention and even concerns, the inspection team tried to solve the problem. Each of the cost reduction task teams went to a company to conduct on-site verification. First, they held a closed-door forum with the financial controllers of the company to dispel corporate concerns and guide them to fully reflect their opinions. They established a one-to-one contact mechanism with the company to establish WeChat groups.
Â  Â  Â  Â  Check carefully to find out the situation. On the afternoon of July 17, the Sixth Inspection Group's Cost Reduction Task Force, which had just arrived in Heilongjiang, convened the company to hold a discussion and encouraged enterprises to actively reflect the difficulties in production and operation. On the evening of the same day, the preliminary investigation questionnaire was also conducted for the first time, and the next day, the next day, the 10 companies were asked to report the questions one by one.
Â  Â  Â  Â  Itâ€™s the best way to catch the key. In response to the company's report of the questionnaire, the seventh inspection team's cost reduction team went to an elevator company for on-site investigation. By checking the relevant bills, it is found that the inspection fees of different local inspection agencies are different when the elevators are installed and inspected. For 10 floors and 10 stations, some places charge more than 2,700 yuan, while in some places only 360 yuan, some places charge local and local enterprises. There are also no small gaps.
Â  Â  Â  Â  The ninth inspection team found that some of the participants in the forum did not know enough about the specific charges. To this end, they visited and tracked the clues. Some enterprises have reported that there are a large number of trade associations participating in the trade associations. The inspection team arranges visits to relevant enterprises to check the original bills charged by the trade associations' chambers one by one, and to find unreasonable charges.

Check and implement, find problems and solve
Â  Â  Â  Â  "After the introduction of the policy of reforming the camp, we will encounter the inability to obtain special invoices for value-added tax, which will affect the tax deduction." In the face of the inspection team, Chen Caiyun, head of the finance department of PetroChina Daqing Refining and Chemical Company, recommended that it be nationwide. The unified VAT special invoice issuance process, so that the company can obtain the VAT special invoice deduction tax, thereby reducing the tax burden.
Â  Â  Â  Â  Sink down and listen to the voice, lean down and collect appeals. In the past few days, the inspection team has directly grasped the various expectations of enterprises for cost reduction.
Â  Â  Â  Â  If you don't land, you must pay close attention to the landing. The inspection team found in some provinces that the urban public utility surcharges contained in some local electricity tariffs were suspended on April 1, but the electricity price adjustment has not yet been put in place; some places have implemented the implementation of the cancellation of the special funds for structural adjustment of industrial enterprises. Some places have publicized the â€œzero feeâ€ for administrative fees for enterprises, but there are cases where some administrative fees are converted into operating service charges or other non-tax revenues continue to be collected. In response to the fact that some of the policies of the State Council and relevant departments have not yet been implemented, the inspection teams have urged local governments to step up the implementation of rectification.
Â  Â  Â  Â  If it can be solved, it will be solved immediately. In Shandong, a company reported that its electricity bill was charged according to the installed capacity, which was more than the actual capacity. After being informed of the problem, the inspection team immediately urged the relevant departments to implement the policy. Since July, the electricity fee will be charged according to the actual capacity of the enterprise, thereby reducing the cost of electricity for the enterprise by more than 90,000 yuan per month. The local government will conduct special research in the city to solve similar problems.
Â  Â  Â  Â  "Don't quench your thirst" should be sorted out. In Guangdong, the 13th inspection team learned that enterprises still have a heavy burden of paying the labor union funds, especially in high-tech research and development enterprises, where the shortage of R&D personnel and high staff salaries have led to an increase in labor union funds. In Hunan, the 12th inspection team found that the company hopes that the relevant state departments will pay attention to corporate taxation, expand the re-employment income tax return and other tax and fee policies, and provide more flexible support in foreign exchange control to guide enterprises to go global.
Â  Â  Â  Â  Based on the information learned by the various inspection teams, some enterprises still report that the tax burden is still heavy. Some vehicle manufacturing enterprises and equipment manufacturing enterprises believe that the tax reduction and fee reduction dividends are not strong enough. Some enterprises reflect that some government funds have high fees. Other enterprises report that the fees collected by individual associations are too high, and unreasonable charges in the name of consulting services, technical services, training, etc. still exist. In the next step, the special inspection team of the inspection team will continue to visit the company and carefully verify the clues of illegal and illegal charges.